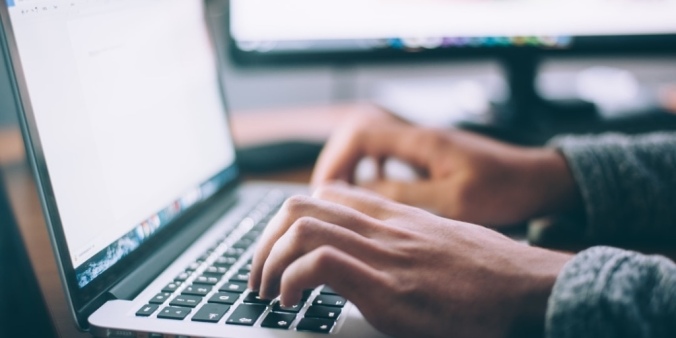 Yesterday was the start of this year’s NaNoWriMo. For those of you who aren’t part of the frenetic and burgeoning underground of published or aspiring writers, this stands for “National Novel Writing Month,” when thousands (millions?) of people sign up and commit to writing 50K words before midnight on November 30th.

I signed up for NaNoWriMo last year and the year before, but didn’t bother this year. While people talk about NaNoWriMo “winners,” I’ve twice viewed the month, and the “contest,” as more of an impetus for me to conquer my procrastination and simply start writing (dammit!). Admittedly, I’m a repeat NaNoWriMo “loser,” simply because I never came close to the 50,000-word mark.

I did write 30K words that first year—a feat I was incredibly happy with and proud of—but looking back I hate everything I wrote. Seriously. Hate it. All 30,000 words.

And that, in a nutshell, is my biggest problem as a writer. I’m a perfectionist AND overly self-critical. It’s a volatile and dangerous cocktail for any writer, though it does help me be a great editor. While I could have “faked” my way to the 50K mark either year, the point is not in the winning—it’s in the writing of something that’s tangibly (or at least semi-tangibly) on its way to being a novel.

And I have got a fantastic idea for a novel. I’ve had it for a few years now. I know the characters, the plot, heck—even the title! But what I don’t yet know is how to tell it. (I’ve actually got two ideas, and they jockey for position in my imagination. Both have titles, plots and characters, so no sophomore slump for me.)

An inordinate amount of thought goes into a story, which is something that readers and/or viewers don’t ever realize. They should never realize it if it’s done correctly. But think about it: A TV show like “This Is Us” is addictive not just because of the strength of its characters, but also because of the new way that an old story (family dynamics centered directly and indirectly around the loss of a patriarch) is told. We go backward in time and forward again. We think we know where the path is going to take us, but we’re so totally enjoying ingesting the crumbs leading us to it that we’re not in a rush to get there.

I also think about Kristin Hannah’s “The Nightingale,” one of my favorite recent books. Although I profess to be sick and tired of WWII- and Holocaust-related books, the truth is that there are some good new ones telling new stories in new ways. While we’re familiar with the backdrop, the stories themselves are original. Even more, I loved that when I physically closed the back cover of “The Nightingale,” I was left with a feeling of overall and enduring love. What shone through when all was said and done was love. In a book about war and death. Amazing.

So those are my biggest preoccupations with my book(s). I know the backdrop, but I’m currently working out the storytelling and the feeling(s) I want to impart. It’s worked its way back into my thoughts, which means it’s all that much closer to finding its way out of my brain and onto paper. Even if it’s not in time for NaNoWriMo.